Overview:
A sudden earthquake destroyed Azumi’s house. But living in a forest is very dangerous. She need to build a new house before the monsters’ raid.
You play as a girl who needs to quickly rebuild her house in the forest. Gather resources, fight monsters, build a house, sell resources for money, and buy “special” goods.​

The game also has an excitation system on which some scenes depend. Estimated time to complete the game is 45 minutes.

[Other]
If the game seems complicated, you can lower the difficulty level in the settings.

v1.6
– New items and resources (to get all the items in the current build, press T).
– Active slots (for items that have different properties. Press C to use item in slot, D to change between slots.).
– Ability to fuck NPCs (Using a strange box)
– Cave location.
– New NPC blacksmith (who so far can do nothing but be raped by goblins)
– New music for the forest.
– New details on locations
– New effects on hitting monsters.
– Fixed several bugs that rarely appeared.

Overview:
Portals of Phereon is an exploration/ management/ breeding / turnbased (on tilemaps) strategy game with Monstergirls.

Characters:
There are 3 different maincharacters (female, male, futa) with a different set of abilities/ goals etc.
There will be a lot of base species
(currently 10 (Beast, Centaur, Harpy, Succubus, Mermaid, Plant,Insect, Lavagirl,Lizard and a Light Creature))
and ALL possible combinations as hybrids as your characterpool to recruit from/ breed.
(+ some special hybrids with more than 2 bases)
Npcs will mostly be variants of those species or completely unique ones.

Combat:
Turn based on a tile map with permadeath. Characters have a lot of unique abilities, passives based on species. First all your characters act then all enemy characters. To make permadeath/injuries in this system not too frustrating, ranged abilities are very limited so enemies couldnt just focus all their attacks on one of your characters, instantly killing it. Instead characters are able to seduce others from far away, increasing their lust. While their lust is above 50% they get a lot worse (take double dmg, deal half etc.), so “ranged” characters still have a big influence on the game while not feeling too unfair. At 100% lust characters cant do anything except masturbate/fuck, effectively stunning them for a round.
mana and hp never regen naturally and the gametime passes during combat, making every single battle important, forcing you to think about how you want to prioritize your ressources (hp, mana, time, characters, etc.). (I always hate completely meaningless filler battles in games).

Breeding:
Breed your characters’ traits/stats to create a team specially tailored to your playstyle and/or portal environments or to prepare for certain fights/fullfill requests etc.

Town:
fight in arenas
train your characters/your sexSkills and put them to use in the brothel
build upgrades etc.
do quests/ interact with npcs 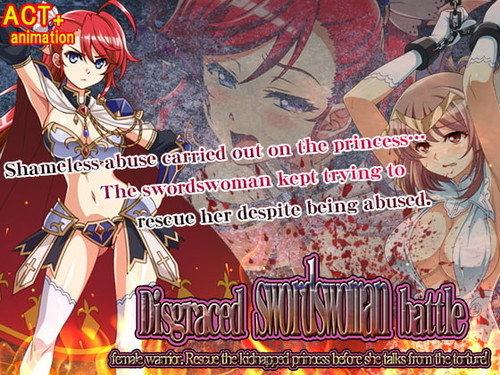 Overview:
In the Emerald kingdom where humans live, the war with the Glome Empire where monsters live has been raging for 3 years
As the fires of war become fiercer, the Glome Empire starts to retreat and is faced with impending defeat, so they try to negotiate a ceasefire.
Negotiations for the ceasefire are carried out by both countries.

Negotiations continue with the advantageous conditions being for the stronger Emerald Kingdom, and the Glome Empire seems to be on its last legs.

At that time, the Emerald Kingdom receives a sudden attack by the Glome Empire, and the King is slain.
The Emerald Kingdom whose guard was down due to needing to negotiate the ceasefire could not fight back in time and the Princess was kidnapped.

The real purpose of the enemy was to kidnap the princess.

This is the secret magical weapon communicated to the kingdom.
It is the ultimate weapon that is said to be able to destroy the world in an instant.

The princess knew the magic to be able to start that weapon up.
The princess faced unimaginable torture, rape, and abuse.

In the bottom-left window, the state of the female warrior is constantly displayed in animation.
Of course, if the armor breaks, that state will be reflected.

Defeat the enemy while checking the three meters and clear the stages.
It is possible to use a variety of items during the battle.

Further, if you move through the stages, there will be pitiful abuse scenes where the princess is captured.
A huge root assaults the princess.
Will the princess be forced to speak due to the abuse?

There are voice actors, so enjoy their groans, wails, and screams.

(Characters)
Milky Bitroyan
Age 21. Younger sister of the princess of the Emerald kingdom.

Overview:
Claris the princess knight is the most powerful swordswoman and sorceress in the land.
Her hobbies are killing bandits, and spends a lot of time killing harmless bandits.
One day, she gets possessed by a bandit who she had killed!
Now you can decide the fate of the princess knight Claris!​

[System]
Possess the ultimate princess knight Claris’s body and do whatever you want!
Force her into having sex through H events, control her using hypnosis, get her addicted to drugs, and even lower her levels to lead her into more H events!

Includes a variety of lewd routes as well as “lewd levels” that can change some H events from her being unwilling to her wanting sex!

[H Scenes]
Over 100 H scenes total! H scenes change depending on lewd levels, control, and outfits!
Lots of defeat H with monsters and bandits, as well as preg-belly H scenes!

Overview:
On a national mission, Colon and Asuka in mutual love sets off for an unknown island
in search of the Gem of Prosperity. Accompanied by a couple of Ros and Marry who
they met in the middle of the way, they start exploring the island.

However, there are only two men and two women on the island.
Wrong things are waiting to happen although each one has a partner…​

[RPGM] [yoshii tech] LewdCrest Hero: The Townspeople and Monsters are Always Trying To FUCK Me! [v1.0]

Overview:
Under a curse, the busty hero has a Lewd Crest engraved over her womb.
And in the face of her salacious display, the townspeople and monsters simply cannot hold themselves back!!
In this RPG they will attempt at every turn to take advantage of her… (displayed with smooooth animation!!)​

Overview:
Anne starts a new life as a Stewardess and what will happen?
Fan base story starting at the end of the Chapter 10 of “The Adventurous Couple”.​